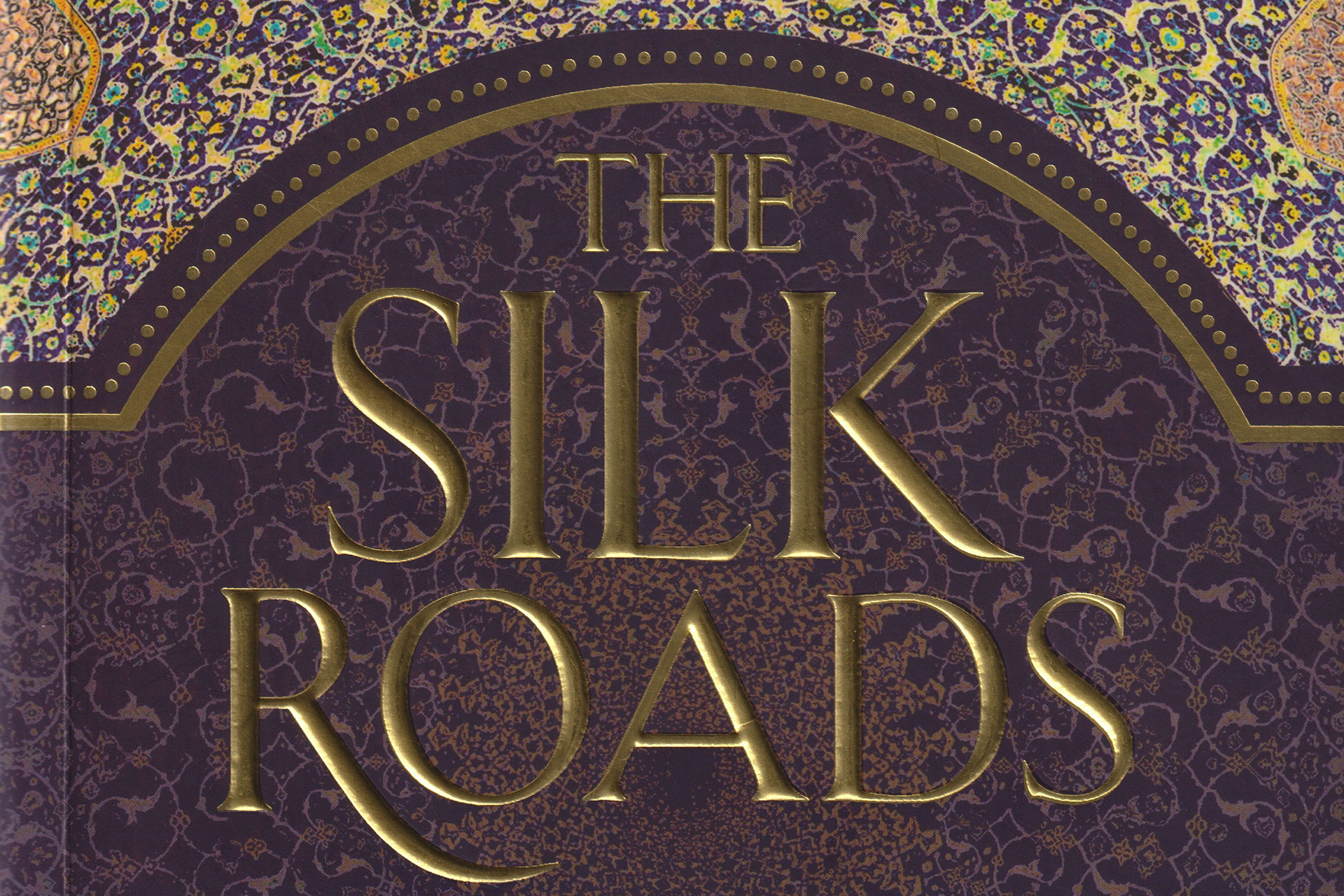 I had to repeat this mantra quite a few times when I saw the title of this book. “The Silk Roads – A New History of the World”. In paperback form, it is 636 pages long (thick?) and requires incredible stamina to unpack the first number of pages. So it does require much convincing to get past, say, the first 20 pages…

By then the bug has bitten. Deeply. Peter Frankopan, Senior Research Fellow at Worcester College, Oxford and Director for the Centre for Byzantine Research at Oxford University has produced a work that turns human history on its head. Especially in this region.

The title may be a bit misleading when reference is made to the well-trodden and documented Silk Road because it initially painted images of well-stocked caravans trekking from the east coast of todays’ modern China to the harbor head of the Iberian Peninsula. Essentially, these were the tales we were told by Eurocentric historians and observers.

A new narrative of “established” opinions of historians is often hard to tell. It almost becomes a closely guarded secret, a revelation that should not be tampered with. Peter Frankopan tells this new story with deep, well-documented research that provides the reader with a completely new perspective of the unfolding of human history on the Eurasian continents that stretch from the deep east to the British Isles.

It is refreshing to have to read another version, another viewpoint, that makes for a telling difference to understand the unfolding of the history, chapter after chapter with detail that is not commonly known, or told, in the tomes that have been written over the ages about humankind’s fascination with power, control, savagery on the one hand and the incredible feats of different and differing communities across a broad spread of land masses.

Chinese ingenuity, its role in developing first its own identity and unique nationhood and then the need to look for “markets” elsewhere for its produce is well documented. The Silk Road opened up this hinterland for them. What the Road did also do was to open up the people of the east to foreign inspection and exposure. Deep seated as it was in the practice of Chinese Buddhism, the various dynasties did interact with foreign traders and travellers in a wonderfully positive way. We know that one of the first Masjids outside of the Hijaaz was constructed by Sa’ad Ibn Waqaas in China, a relative of the Prophet Muhammad in 651 AD.

Peter Frankopan is succinct about his views in Chapter 4 titled “A Road to Revolution”. The opening paragraph starts with “The rise of Islam took place in a world that had seen a hundred years of turmoil, dissent and turmoil. In 541, a century before Prophet Muhammad began to receive a series of divine revelations; it was news of a different threat that spread panic through the Mediterranean. …The scale of death was barely imaginable.” And “…10 000 people being killed every day in Constantinople (Istanbul) at one point in the mid- 540’s.” This was the magnitude of barbarism.

Whilst various nations such as the Portuguese and Rome were competing viciously with each other to secure trade routes for incredible profit for the reigning monarchs across the globe but particularly to the east, their heroes were the likes of Vasco Da Gama, De Al Meida and the ever present, all conquering Christopher Columbus.

A harrowing story of the much-celebrated Vasco Da Gama in Chapter 12 tells of an incident that probably compares well with the barbaric, modern day “pre-emptive strikes” undertaken by the USA today.

“On one occasion Vasco Da Gama himself captured a ship filled with hundreds of Muslims returning to India after going on pilgrimage to Makkah. He ordered the ship to be set on fire in an act so grotesque that one observer avowed, ‘I will remember what happened every single day of my life.’ Frankopan writes: “Da Gama watched impassively, ‘cruelly and without any pity’ as every last passenger and crew member drowned before his eyes.”

The incredible highs and lows of the various nations as they forged and broke relations over millennia are telling of the dictum that says “history repeats itself”. Humankind does not learn…

I know that history is no longer a popular subject taught at schools and this is a double tragedy. It not only robs generations of an anchor that guides them towards understanding their own future but also creates a vacuum within which they would grapple with decision-making. For surely to leap forward, we lean backwards?

For any avid reader, this book is a must. Fiction is “nice”. This is reality captured in word and verse. Get the book. Read it…

Can you tell Qur’an Stories?