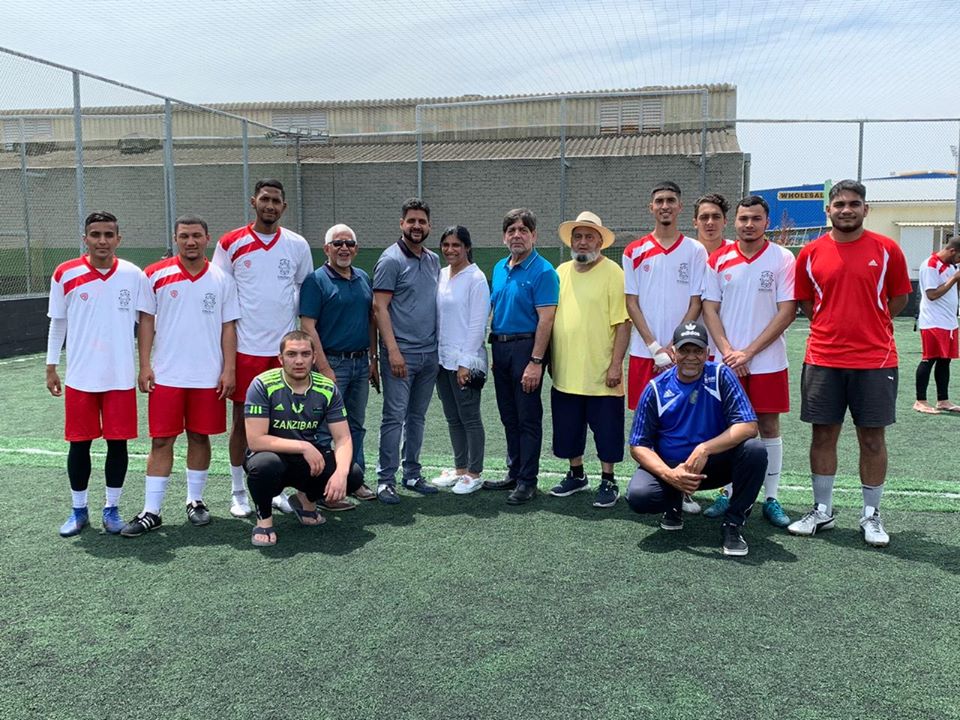 The Al-Ikhlaas Academia Library 5-a-side Soccer Challenge, held on Sunday 10 November 2019 at the Evolution Soccer Arena in Athlone was once again a huge success. This despite the Springboks’ pending arrival on the Cape Town leg of showing off the World Cup Trophy!

Seldom have so many young people taken to the short, (and exhausting!), version of the global sport in such a positive manner. It was all about ball control, skill and out foxing the opposition in this confined space.

A number of people came with their deck chairs and filled the ramps to the hilt to support the event. And nothing is complete with some music in the background and the ageless Farouk Meyer egging on players to give of their best. All the players received, wait for it, a plate of Akhni!!

The finals ended up being between the Spar Team and Awqaaf SA with the latter ending up the ultimate winners in a humdinger match!

Trophies were and both the winners and runners up received well-deserved medals. To make matters even more exciting, there was a lucky draw for tickets to the latest Marc Lottering show.

Can you tell Qur’an Stories?