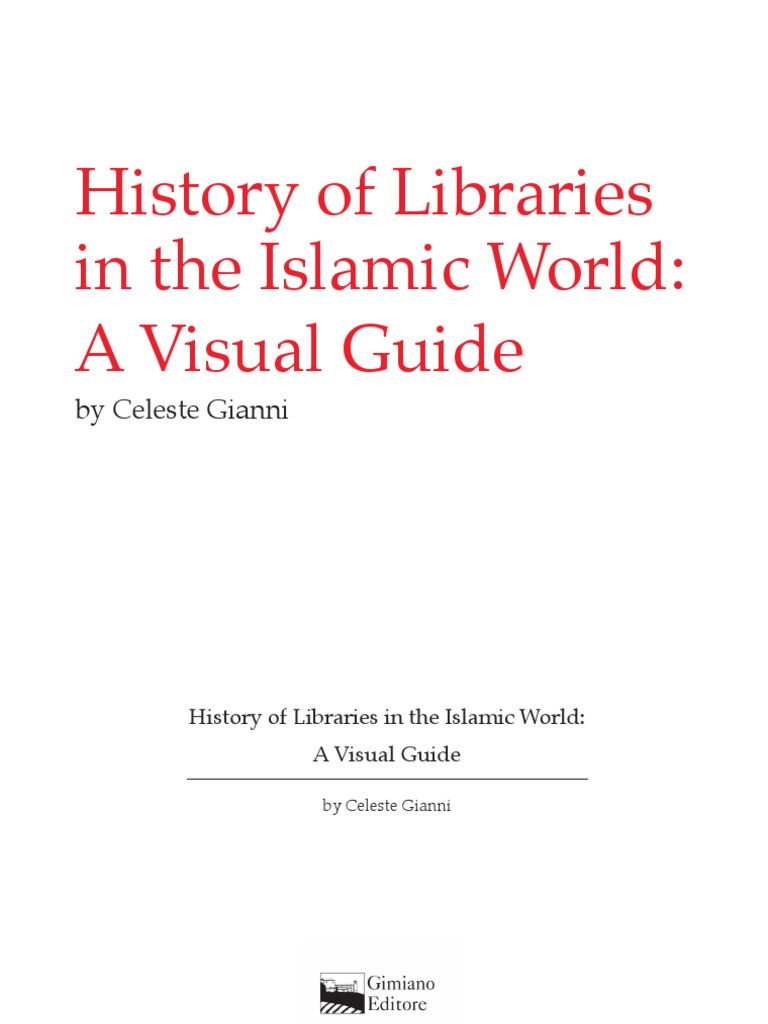 Defining the field: challenges and possible solutions Extending from Spain in the west to Persia and India in the east, the Islamic lands have not only hosted great political and military powers, but they have embraced some of the most literate and bookish societies, from the early days of Islam to the present day. Libraries have been part of this fervent cultural context and during the history of this vast region they have experienced several changes in their structure and social function, whilst remaining important centres of cultural activities, whether as independent libraries or as part of specialised institutions (such as universities, madrasas, mosques, etc.). With such a large timescale and vast region, is it at all possible to define a field like the history of libraries in the Islamic world?

Looking at the available literature on libraries in the Islamic world, there are some major issues that problematize the field definition. The field of history itself is mined by the existence of artificial and static paradigms created to define, circumscribe, and make it possible to contextualise a certain event in time and space.1 The study of the history of libraries in the Islamic world has been affected by the use of such paradigms; in particular, by the use of artificial geographical areas and periodization schemata which are at the base of the great disparity in availability of studies for the different regions and periods of the Islamic world and of the existence of different approaches and inhomogeneous methodology applied for studies in the field.

The Silk Roads | A New History of the World